Consider a layer in a feedforward neural network. Let xi denote the input to the i th neuron in the layer and yj the output of the j th neuron. Let W denote the feedforward weight matrix and Wij the connection between input xi and output y. Let f denote the activation function. Then, Equation 1 describes the computation in the feedforward step. The feedback step propagates the error signals using equation 2.

According to lilicrap et. al even though the feedback weights are random the error signals still lie within the 90 degrees of true error signals calculated from backprop. Thus the model is still capable of moving along the real direction. 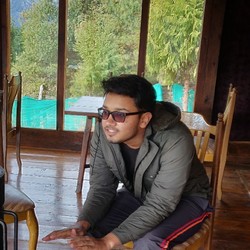